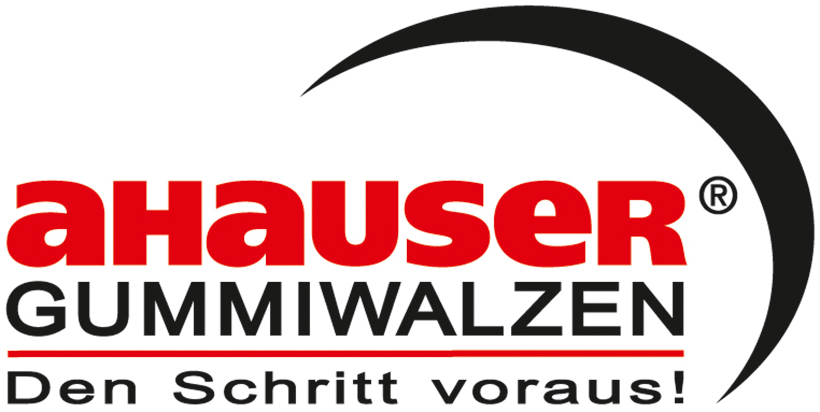 Determining the mechanical abrasion under laboratory conditions poses a difficult problem since it is the goal to simulate the best possible reproduction of the actual application situation. However, these conditions are very complex and variable and can only be captured approximately. The method according to DIN 53 516 has proven best in this regard. It designates a test specimen’s resistance against mechanical wear as abrasion. This value directly specifies in mm³ the volume lost by the test specimen across a defined section on a rotating abrasive paper. Smaller values therefore indicate a lower degree of wear.

The term “ageing resistance” is quite vague: It is understood to mean a number of property changes, which may occur after a certain period even without the influence of chemicals. Ageing of rubber can be caused by: oxygen, ozone, heat, UV radiation, mediums and mechanical stress. Due to the many possible influencing factors, it is necessary to know the exact service conditions so as to be able to make a meaningful selection of the elastomer, thus achieving the maximum possible service life.

This is a measure for the maximum permissible voltage in the case of rubber and synthetics. The test is carried out between plate electrodes at an alternating voltage of 50 Hz, which is increased up to breakdown by means of a voltage regulator. The dielectric strength depends on the thickness. It is therefore necessary to specify the specimen thickness together with the measured value (DIN 53596). The electric properties are influenced by the polymer but also by the fillers and plasticisers used.

Elasticity: What is normally understood by a rubber coating’s elasticity is the rebound elasticity or resilience. The ratio between the work reclaimed and the work exerted is used to evaluate the elastic behaviour. This rebound elasticity is standardised according to DIN 53512. Large values are here indicative of a high elastic portion of deformation.

According to Hooke`s law, deformation and stress are within certain limits proportional for homogenous, isotropic bodies. This plays an important role for energy-elastic processes (e.g. in the case of metals). For them, the elastic modulus is the determined factor of proportionality. In the case of elastomers, the energy-elastic range may be neglected, as these materials exhibit an entropy-elastic behaviour. Instead of the elastic modulus, the tensile modulus is used in these cases.

This concept is a collective term introduced by H.L. Fisher in 1939 for synthetic, vulcanisable products. After being cross-linked, they exhibit elastic properties, can be elongated to at least double their length at room temperature and, upon release of the tension, shortly return to their approximate original form and length. According to today’s definition, elastomers are materials that are resistant to deformation, yet elastically deformable, whose glass-transition point ranges below room temperature.

This refers to a body’s resistance to penetration of a harder body. A number of units are used for this. Some of them have been generally known in Germany for years: these are Shore-A-hardness according to DIN 53 505 for plasticised rubber and Shore-D-hardness for hard rubber. They are partly supplemented by Shore-00-hardness (rarely Shore-O-hardness) for cellular rubber. The Shore-hardness is in general tested using a hand-held testing device. A truncated cone needle is used for measurement in the case of Shore-A, a pointed needle in the case of Shore-D and a half-round cone for Shore-00. On all three devices, tests are carried out with different forces. Large values stand for a strong resistance to penetration of the test specimen and thus for a very high degree of hardness.

As is the case for ageing resistance, many different conditions can be visualised here. Each method of testing yields a different temperature for an elastomer’s limit of usability in the cold. These limits may range between approx. -10°C (FPM) and – 100°C (PVMQ). The evidence for the area of application is often the transformation point at which the elastomer freezes and from where on it is subject to brittle fracture.

As a rule of thumb it is often assumed that the material may be used up to approx. 10°C – 15°C above this temperature.

The tensile modulus specifies the force required to elongate a test specimen by 100, 300 or 500 %. The modulus is strongly influenced by the different compound constituents.

The modulus of elastomers is therefore a pure “value of force” and thus fundamentally differs from the elastic modulus known from metals.

This is the force with which a standardised slotted specimen counters tear propagation. This force is specified in Newton per mm specimen thickness. A whole range of test specimens is used for this test. The figures absolutely depend on the test specimen used. In effect, the difference between the angle specimen according to Graves and the strip specimen may be 3:1, i.e. the strip specimen is the more critical load condition and yields considerably lower values. This test specimen is also suitable for the testing of finished parts. The strip test is described in DIN 53 507 and the Graves angle test in DIN 53 515. Another test, the crescent tear test, is only used in the USA and in GB.